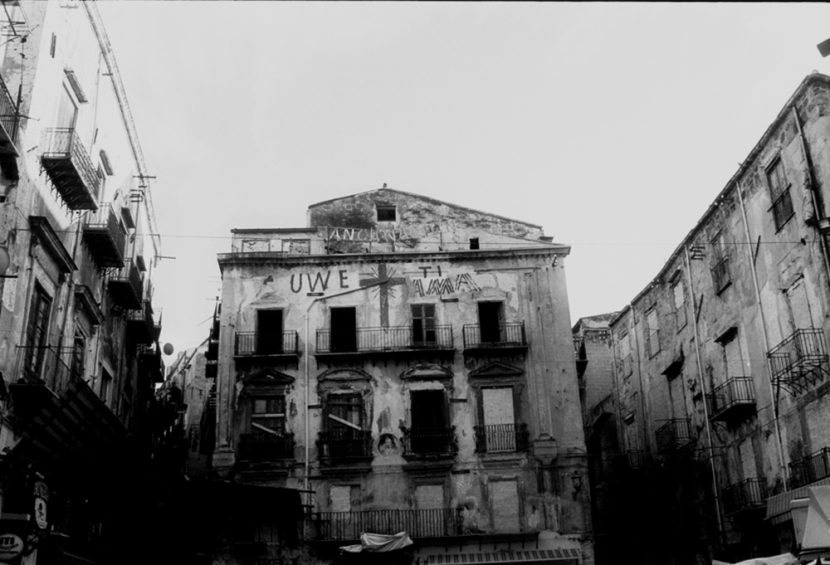 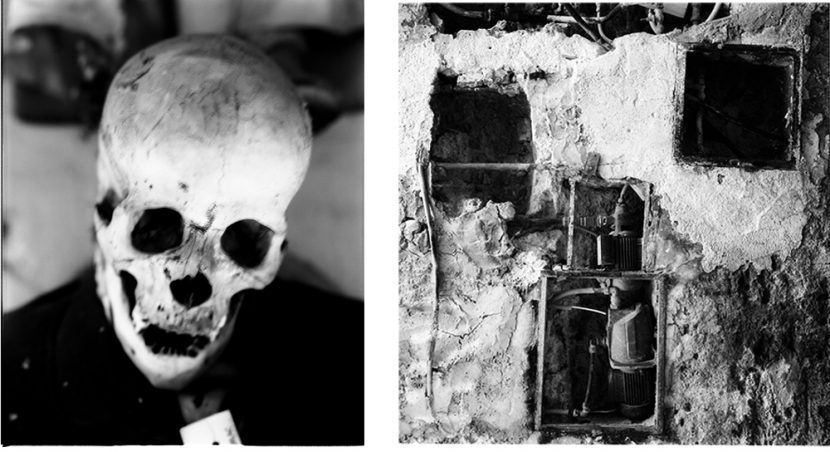 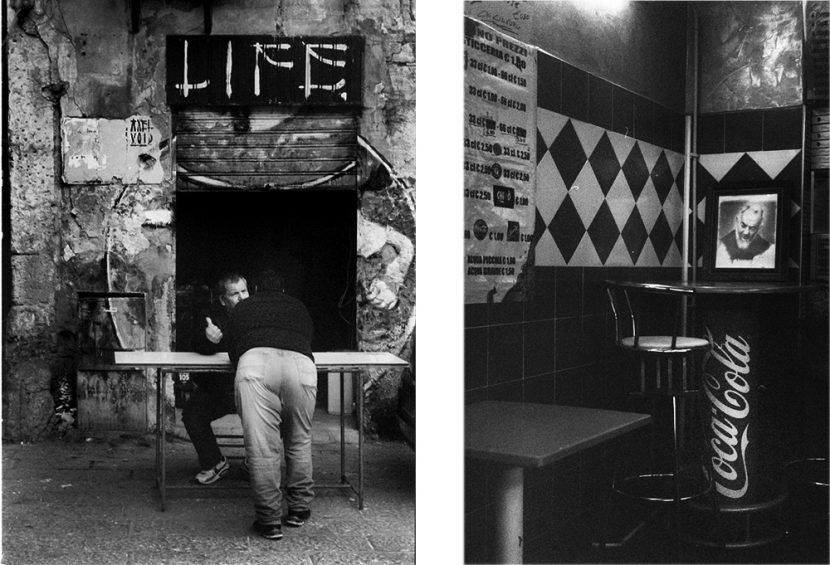 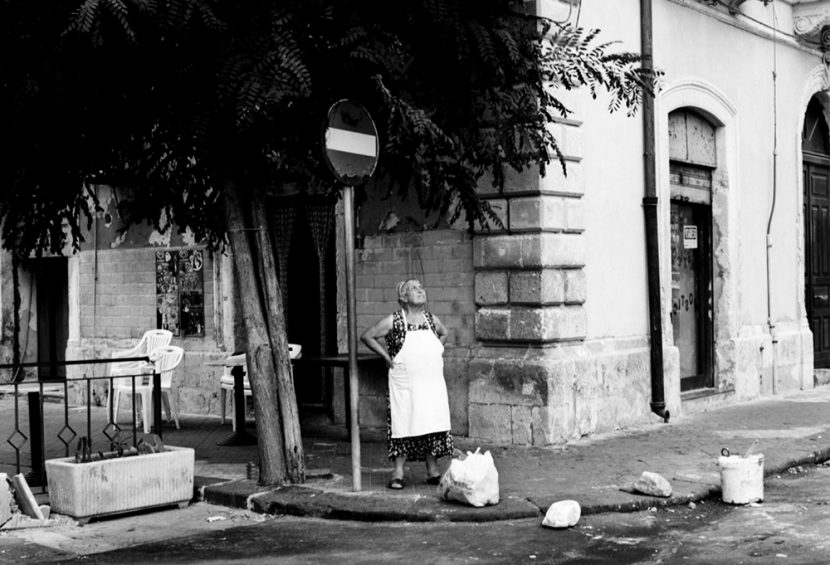 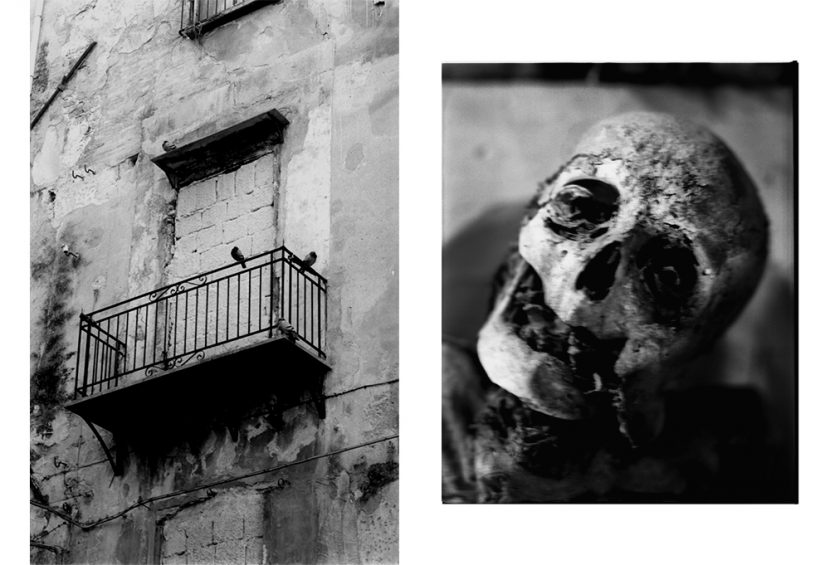 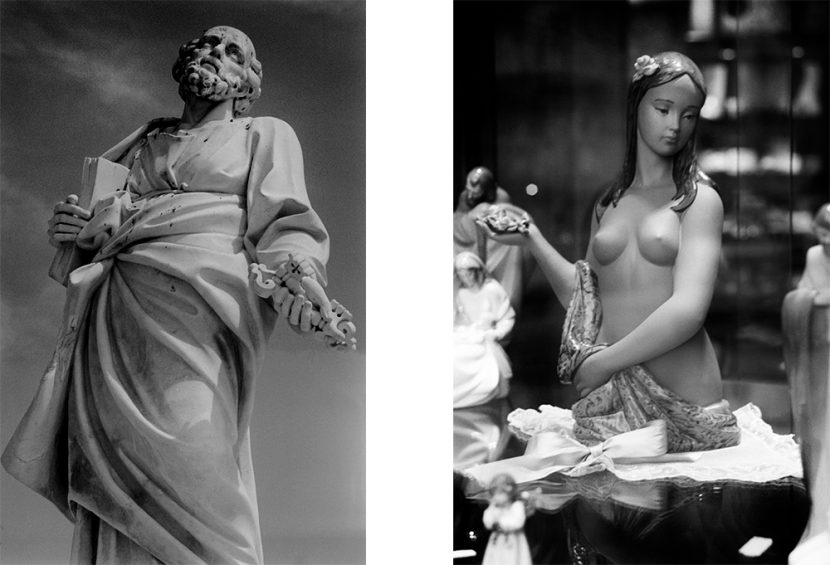 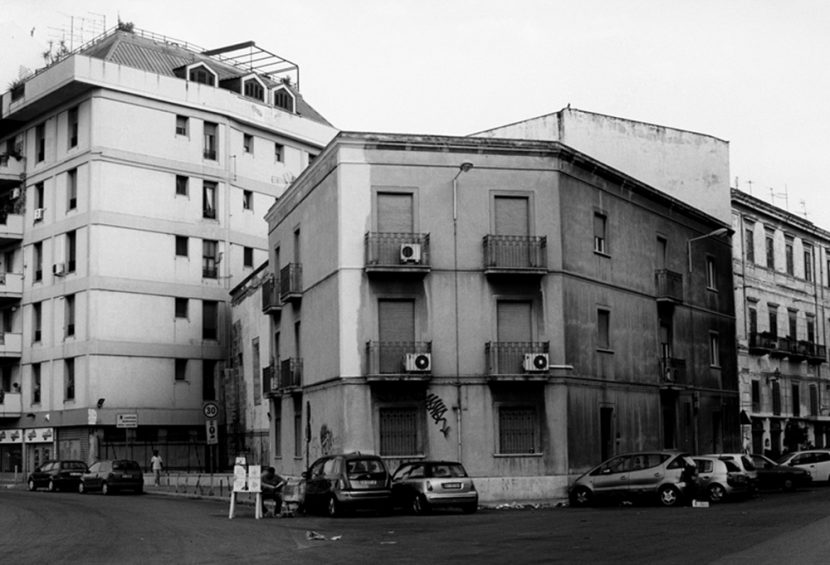 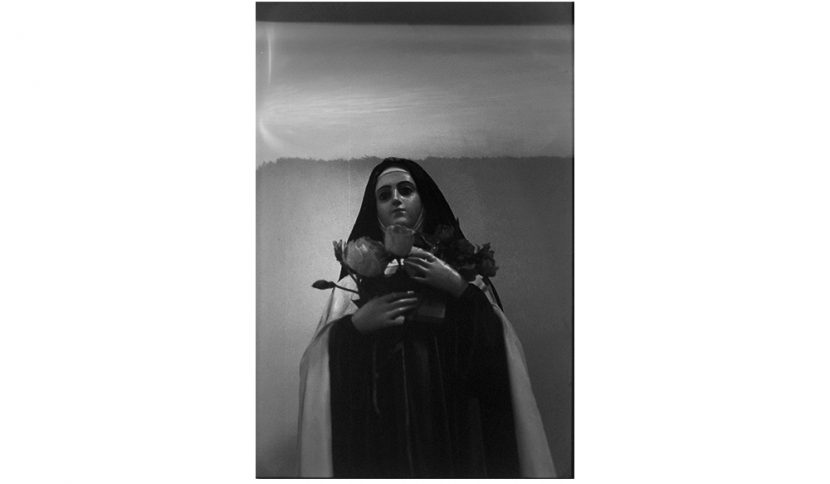 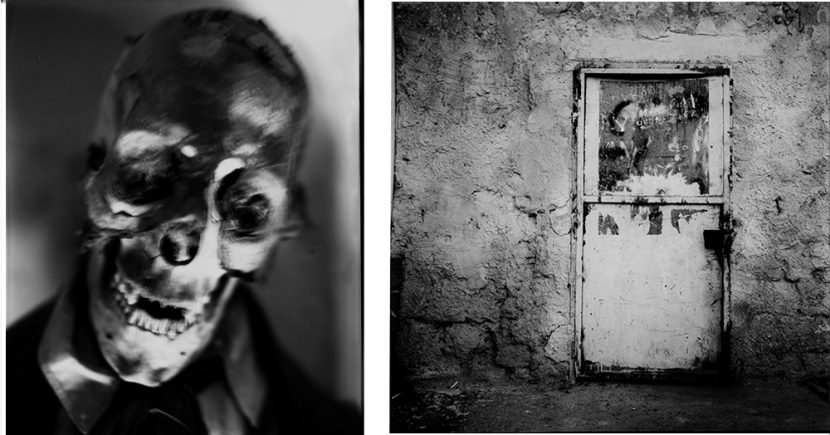 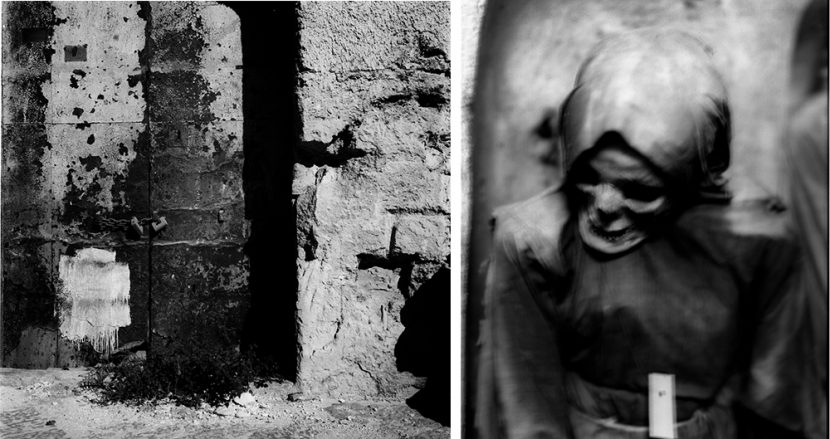 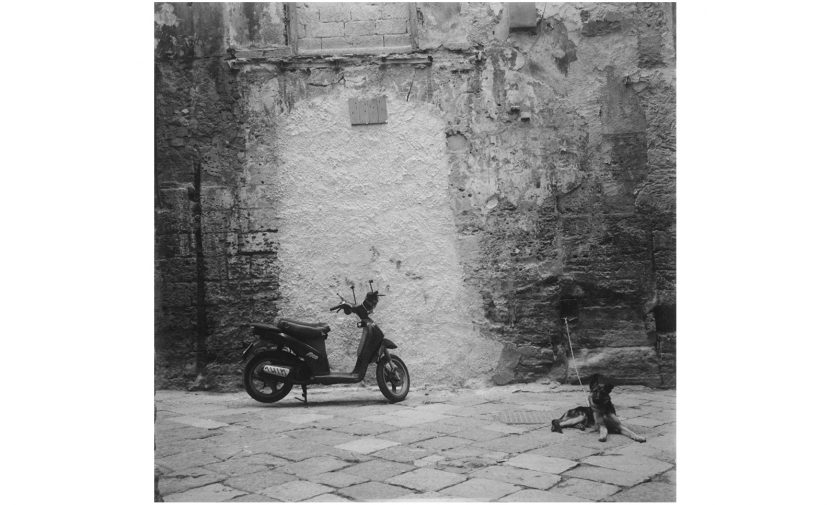 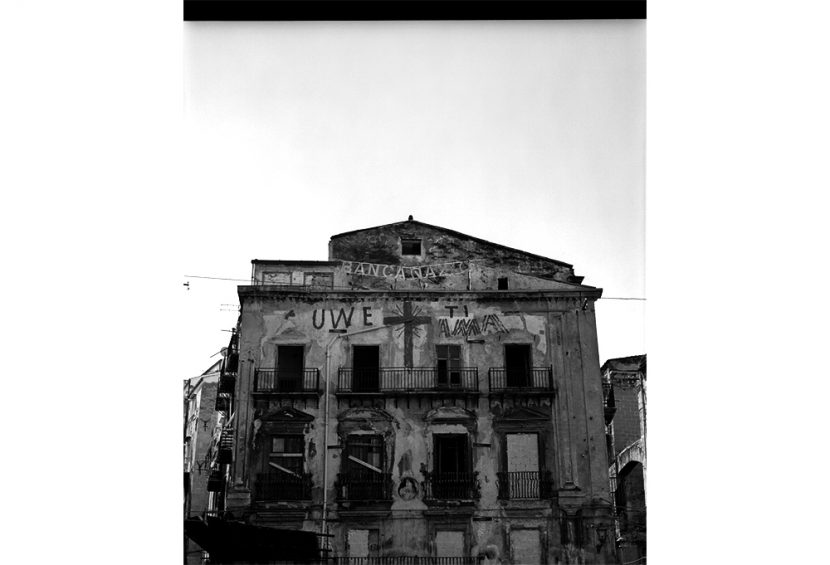 Palermo has been described as a bandit town, lethally insular and roguish. I first spent time there on a holiday, but was so magnetically drawn to the place that I had to return again to fully immerse myself and commence this project.

It is an intensely evocative and eerie place. The rhythms are peculiar. They collect the rubbish loudly, at midnight as the small bars open when suddenly the labyrinth of alleyways are come alive teaming with people and Vespas.

I was drawn to one square in particular ‘Piazza Garraffello’ which, (like most of Palermo) was left ravaged by American Bombs at the end of WW2. The place was a car park by day and a open air rave by night, the music echoing around the shells of buildings – I was struck that washing lines strung with clothes still remain in the same spot since the 1940s. Refreshingly Palermitans make no attempt to gentrify. Instead of being bulldozed the ruins were just built into.

The layers of history are there for all to see and this is no more apparent then in the Catacombe dei Cappuccini where the dead are on display for the public. I was lucky enough to gain private access to the Catacombs before they opened to the public. Spending an eerie couple of hours shooting portraits of the dead.

In this project I wanted to capture the fabric of the place, the layers of crumbling architecture which within it hold the history and texture of the town.